I keep hearing about Mama Kat's Writing Workshop so decided to give it a try. This week's prompt:

3.) Married? Tell us the story of how the question was popped.

Four years into dating, my now husband randomly brought up the idea that we should plan a trip out of the country. I was a bit surprised but excited. This would be the first real vacation with just the two of us. With the help of my awesome travel agent aunt, we were able to get a great deal on our trip. We went at the end of March since the airfare would be more affordable but the downside was that it was so cold! For a Southern California girl, anything below 60 degrees is freezing to me.

We arrived in London with a general idea of what we wanted to see but did not have set itinerary. It was fun exploring the city, eating wherever seemed good and figuring out how to use the London Underground. This entire time, he had the ring stashed in his pants pocket waiting for the perfect opportunity to pop the question.

After about five days, we headed over the Paris using the Chunnel. As beautiful as it was, Paris seemed so much different than London. It was more fast paced and people were a bit less friendly. Right when we stepped off the train to Paris, we were approached by gypsies asking for money. I was naive and stopped to read the sign the gypsy lady handed to me. My hubs quickly moved me away just as a police officer swiftly came in to ask the woman to leave. Still, he had the ring in his pants pocket.

So we did all the touristy things - the Louvre, Champ-Elysees, Musee D'orsay. The thought of a possible proposal did enter my mind but as our trip drew near the end, I didn't think it would happen. He would have planned something or done it by now. We were still winging it without a real itinerary. With two days left of Paris, we had gone to see Notre Dame and were making our way over to see the Eiffel Tower on foot. As we crossed the bridge to get to the subway, my husband suggested we go down and check out the Seine River below.

Seine River with Notre Dame on the far left: 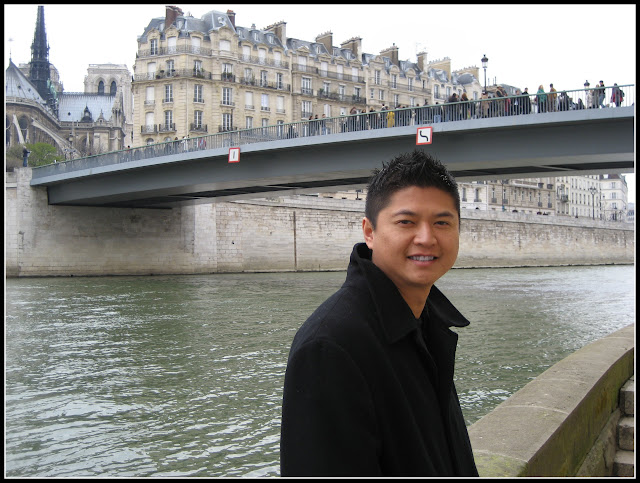 It was around 5pm and the sun was just starting to set. After walking around all day, we sat down at a bench by the river and took a break. We were all bundled up because it was super cold - I had my beanie, hood, scarf and gloves on. I look over and my husband's face was completely red. I thought that he got windburned or caught a cold. Nope, he was nervous and flushed. The next thing I knew, he was down on one knee and proposing to me. Of course, I cried like a baby. 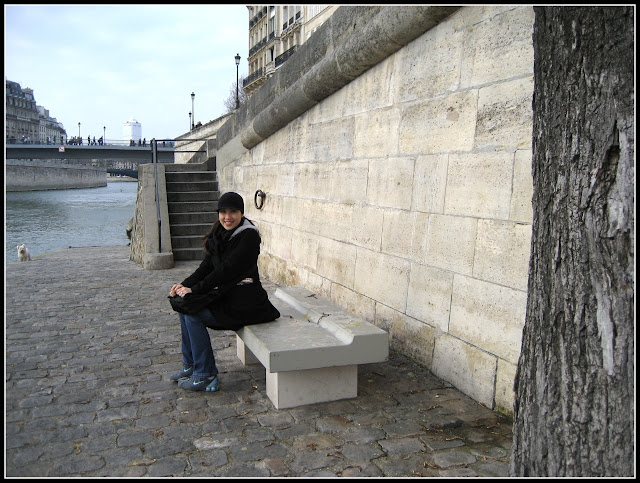 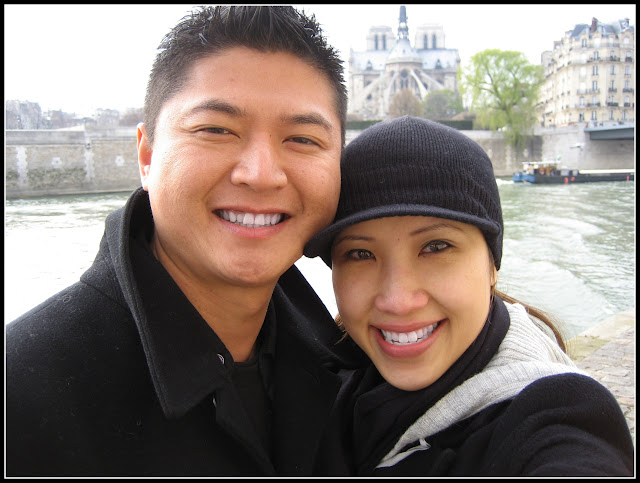 Our View of the Seine River: 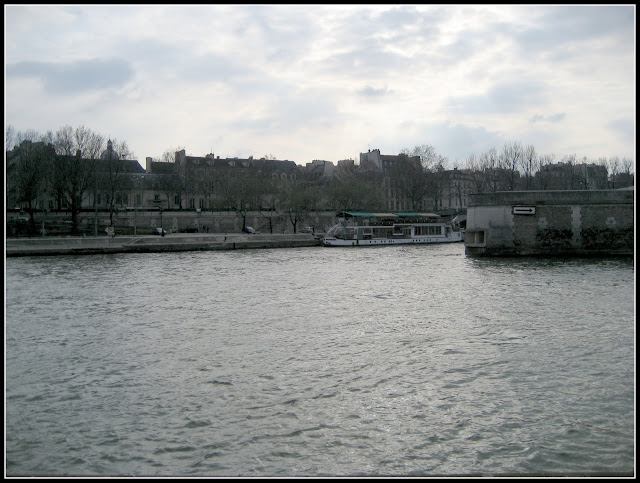 The ring that traveled around London and Paris in his pocket: 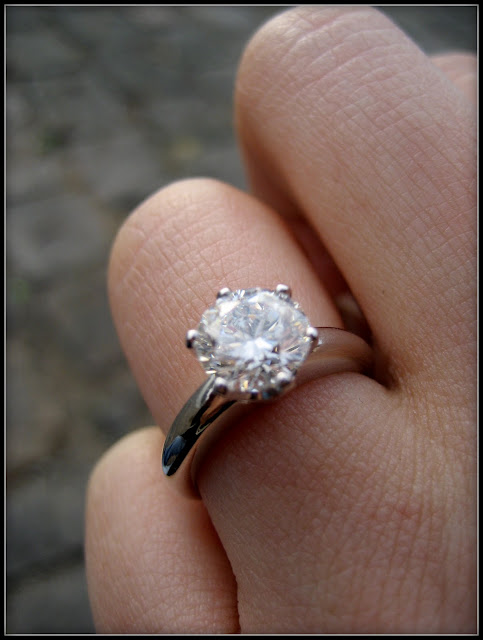