What do you get a person who can buy anything for himself and does? After many texts and emails back and forth, my brother's girlfriend and I decided to throw my brother a surprise birthday party. He's a big kid at heart and is an avid Lego collector so we thought he would get a kick out of a Lego themed party. Who says themed parties are only for kids?

My brother was definitely surprised we put this all together for him. He had come over the night before and we had nothing out that made him think something was going on. The morning of the party, we hustled to get everything ready in time. I'm lucky to come from a large extended family so got a lot of help preparing and setting up. My cousins came over early and helped bake cupcakes from scratch. My mom and aunts made some of the side dishes and prepped the fruit plate. My cousin Q helped make the food signs that very morning. It was a whole family effort. 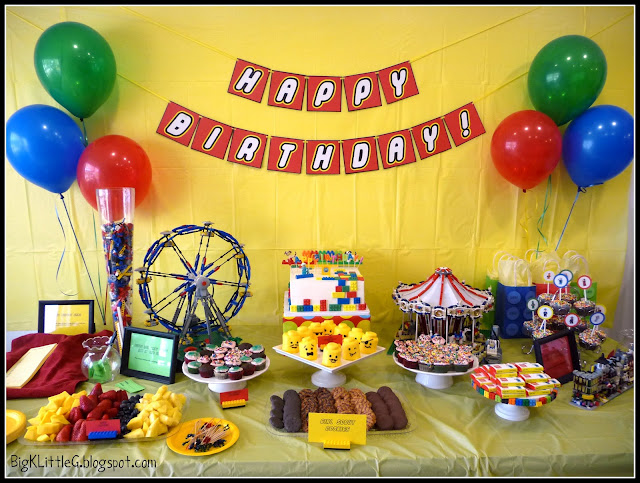 My brother has so many Lego sets that he left some at our place. We used these as part of the dessert table display:


I made my brother a personalized birthday card from Tinyprints with pictures of Gabby and him together over the years. He absolutely adores Gabby. I could probably say that he may have more pictures with Gabby than I do. We wanted to give him an annual pass to Legoland but didn't want to actually buy it too early in case he doesn't have time to go right away. So my husband designed this 4x6 gift certificate and we placed it inside the card. We incorporated the Lego surgeon mini-figure since it is his profession. When he opened his card, he thought this was a real certificate from Legoland. 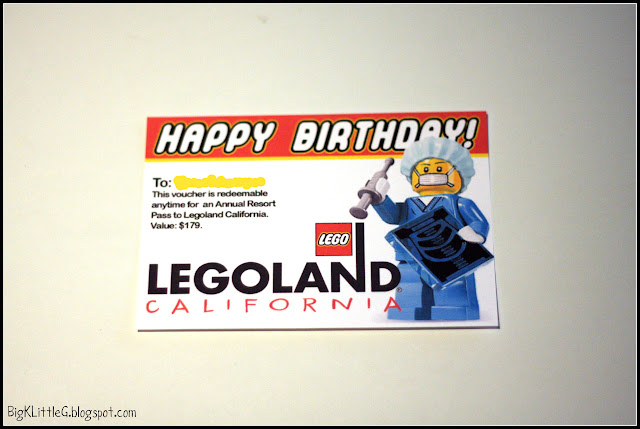 We thought it would be fun to do a few easy games that everyone could play.

Game 1: Guess How Many Legos are in this Vase: 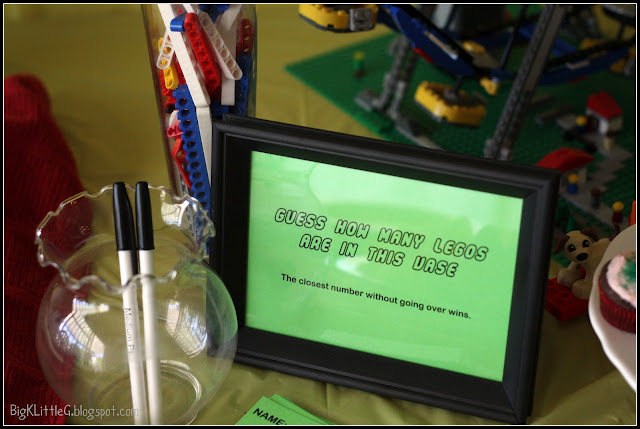 Game 2: Guess How Many Legos are in this Mini-Modular Set: 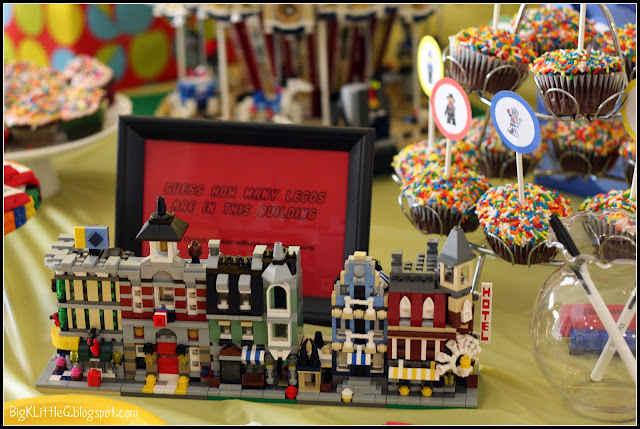 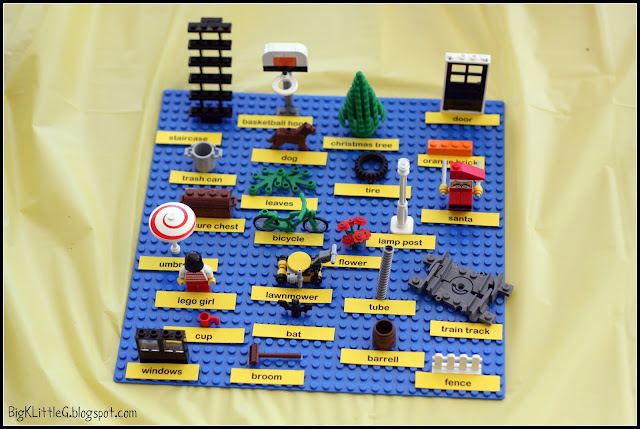 I laid out and labeled 25 Lego pieces on a board. Everyone had a few minutes to memorize as many pieces as they could and whoever could jot down as many as they remember wins. I even had a hard time remembering all 25 pieces and I made the game!

The winners of the games received a party favor bag filled with mini M&M's or peanut M&M's along with a Lego mini figure from this Lego Birthday Party Pack. I also gave a bag to some of the people who helped with the party as a thank you. 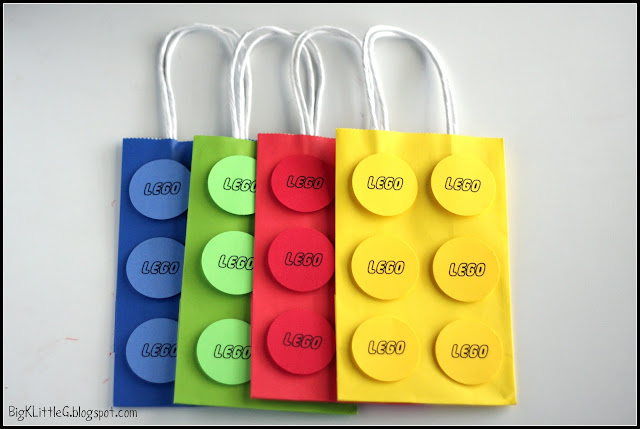 I purchased a set of 13 gift bags in primary colors from Michaels for $3.60 ($5.99 plus 40% off coupon). Using this free Lego font, I printed and punched out 2" circles and affixed them to the bag using pop dots to make the bags look like Lego bricks. 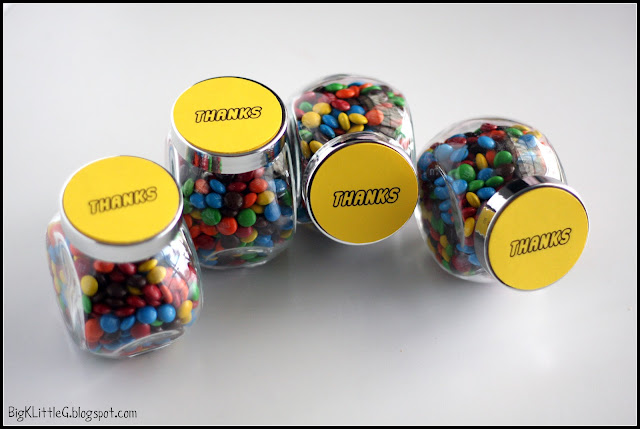 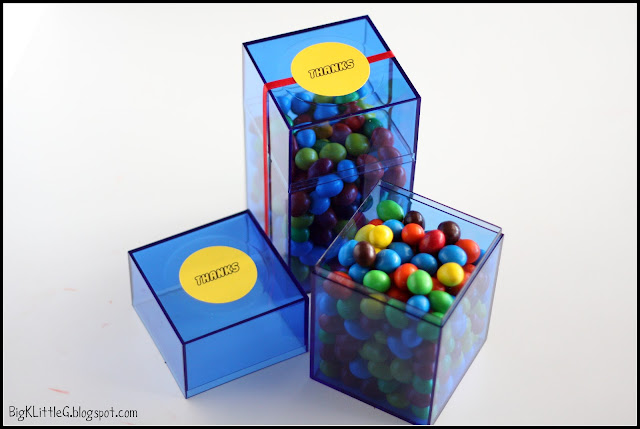 I also wanted to do a little something for everyone to take home so transformed Kit Kats into a micro Lego box. I used red double-sided tape to place square Lego Bricks all around my Martha Stewart cake stand. You could try regular Scotch double-sided tape but it may not be as strong and tacky as the craft double sided red tape. That stuff is amazing and easy to remove from the cake stand. 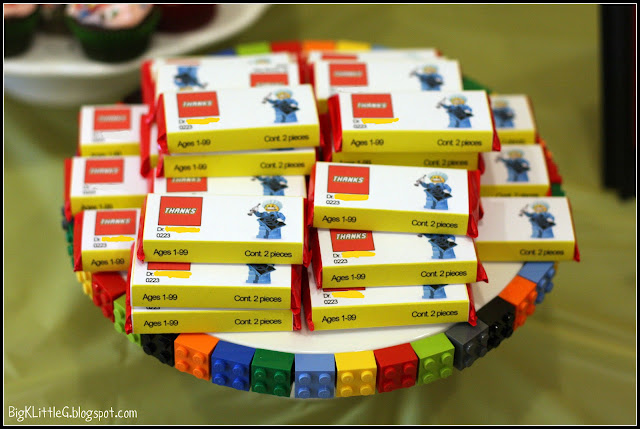 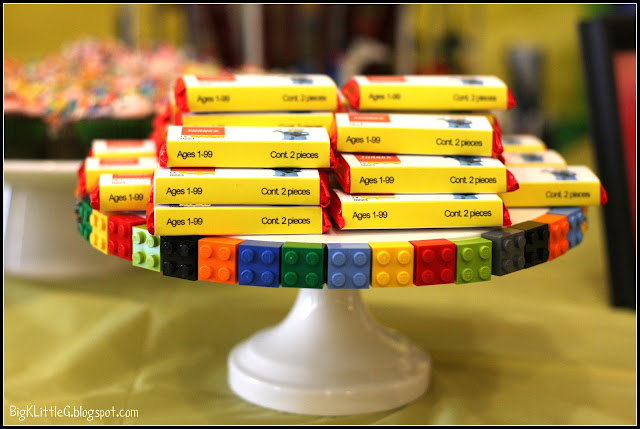 As for food, we served dim sum, salad, spring rolls, Asian-style chicken wings as well as a variety of desserts. We borrowed Gabby's Duplos to make this utensil holder. 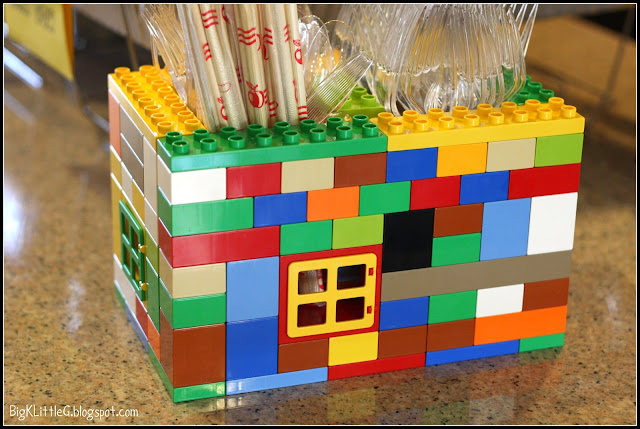 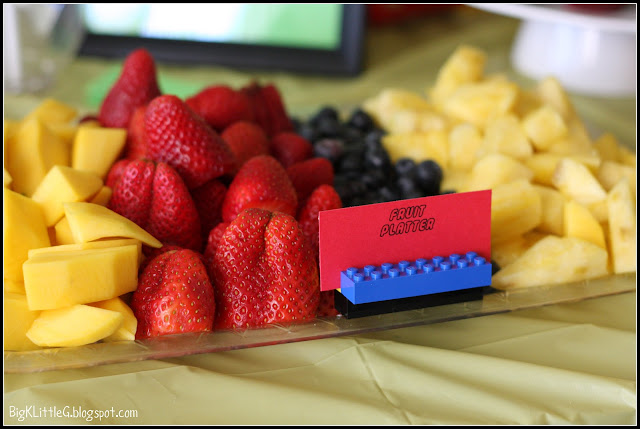 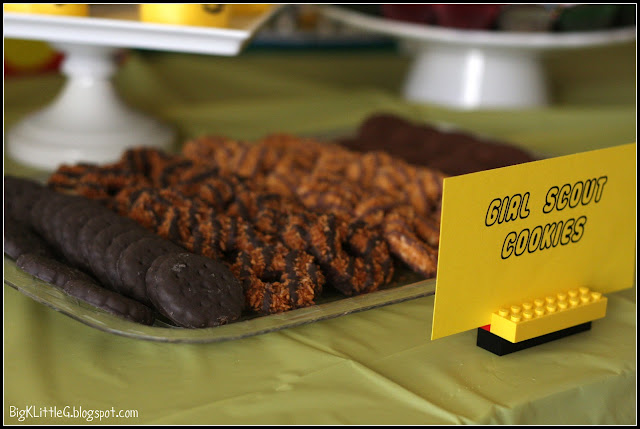 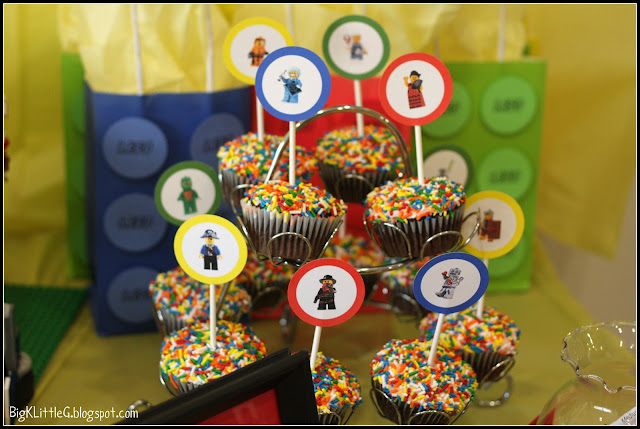 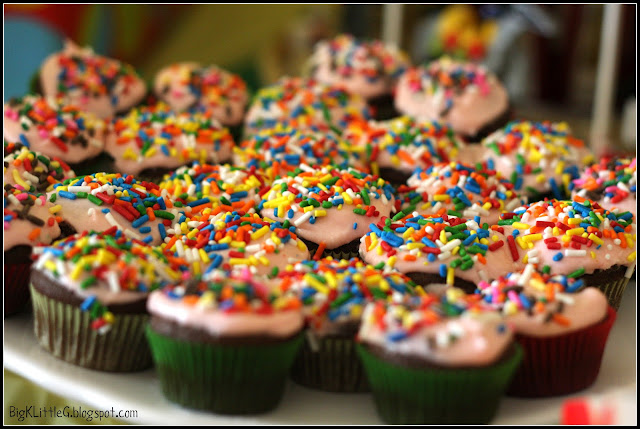 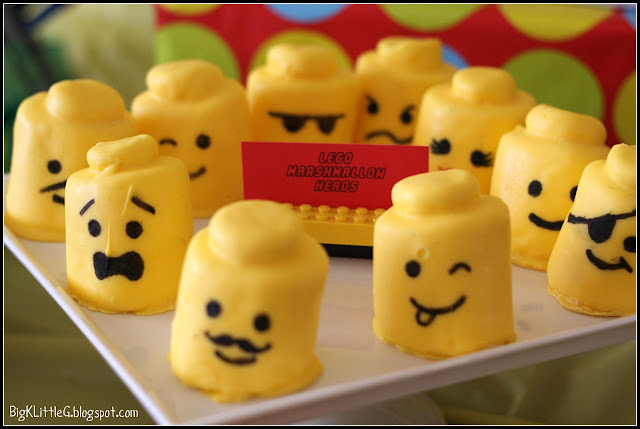 I was lucky enough to come across jumbo marshmallows so used those as the base of the Lego head. I cut large marshmallows cut into thirds for the nub on top of the head and they stuck on easily. The Wilton Candy Melts were the perfect shade of yellow for Lego heads. The candy melts taste like vanilla flavored chocolate and melted quickly and are so easy to use. At first I bought Wilton Edible Food Write Pens, but they didn't work on candy melts. I was able to draw on one Lego head and that was it. Frustrated, I bought this AmeriColor Gourmet Food Writer Pen from Amazon and they worked well. It felt like writing with a Sharpie - dark and smooth. 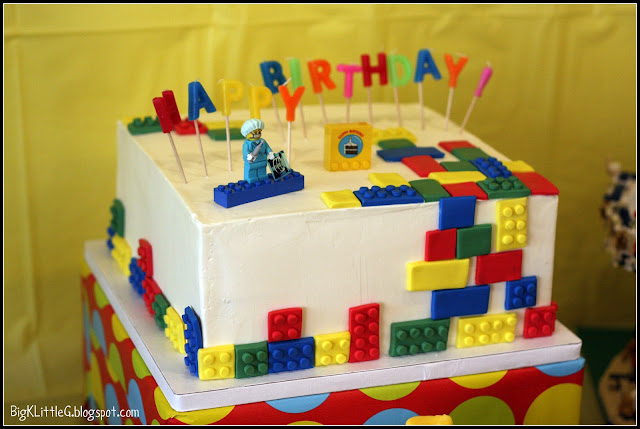 This was a fun and fairly easy party to put together since there are so many things you can do with Legos. You can even narrow it down and do Lego Star Wars, Lego Superheroes, Lego Pirates of the Caribbean, etc. The possibilities are endless.
Posted by Big K at 1:56 PM